Home > Our Team > David B. Cosgrove

Mr. Cosgrove represents financial professionals and entities throughout the nation.  He has obtained over $8 million in Awards and settlements for his adviser clients in U-5/tortious interference cases in just the last 10 years.  He also assists advisers and broker-dealers with State, FINRA, and SEC inquiries, investigations, and enforcement actions.  Beyond the financial industry, he is an award winning trial attorney with a focus on commercial, and business divorce litigation.

Some of the results Mr. Cosgrove has obtained include:

Prior to his return to private practice in 2006, Mr. Cosgrove served as Missouri’s Commissioner of Securities where he supervised attorneys, investigators and auditors investigating and prosecuting violations of the state’s securities laws. He was responsible for identifying practices or industry sectors appropriate for enforcement measures and also supervised the Securities Division’s registration and audit sections. Additionally, he interfaced with the SEC, NASD (now FINRA), NASAA (North American Securities Administrators Association) and various other state and federal enforcement agencies.

Previously, Mr. Cosgrove served as Chief Counsel for the Missouri Attorney General’s Office’s Consumer Protection Division where he supervised attorneys and investigators prosecuting civil and criminal litigation related to unlawful merchandising, fraud and anti-trust, including national multi-state litigation. After that, he served as Chief Legal Counsel to Governor Bob Holden.

Between 1999 and 2002, Mr. Cosgrove held the position of Chief Consumer Protection Prosecutor in the Criminal Division of the Massachusetts Attorney General’s Office in Boston, Massachusetts. He was responsible for criminal commercial fraud cases, including securities, mortgage, telemarketing, internet, unlicensed practitioners, and contract fraud. Mr. Cosgrove also worked as an Assistant District Attorney and a Special Assistant United States Attorney for the U.S. District of Massachusetts responsible for grand jury investigations and the litigation of a wide range of white-collar cases.

Between 1993 and 1999, Mr. Cosgrove served as an Assistant Attorney General for the Missouri Attorney General’s Office where he litigated both criminal and civil cases. This experience included dozens of jury trials and hundreds of depositions and evidentiary hearings. Mr. Cosgrove began his career in 1990 in private practice in the Commercial Litigation Department of Stinson in Kansas City, Missouri. 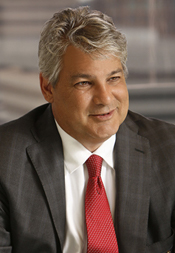